Last thursday I busted out the winter coat to meet up with a past bride of ours in an alley way. Sounds sketchy huh? It wasn’t. Donna wanted to have her three beautiful daughters photographed. It’s like having three mini Donna’s running around I swear! Anyway, Donna had this great idea of putting them in these tutu’s and converse, so I had the idea of the alley way. I was really excited to shoot them and the light was just perfect. Did I mention it was cold out? Well these poor things toughed it out for about an hour while I photographed them. Thanks for having me capture the beauty of your girls, looks like your husband Joe is going to have his hands full. 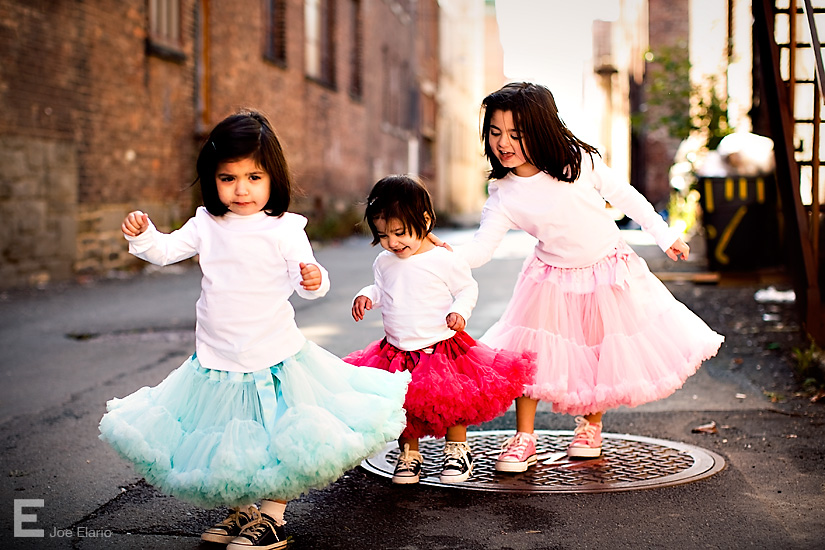 The little one Natalia wasn’t feelin’ this shot. 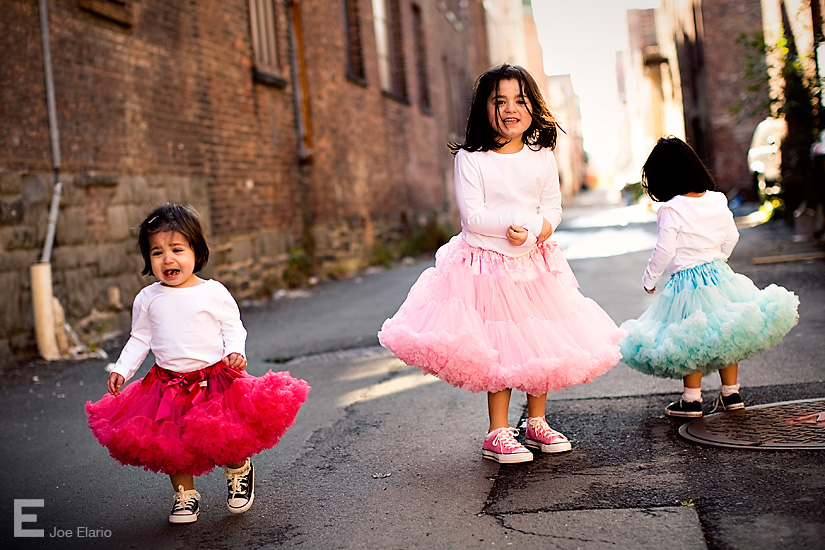 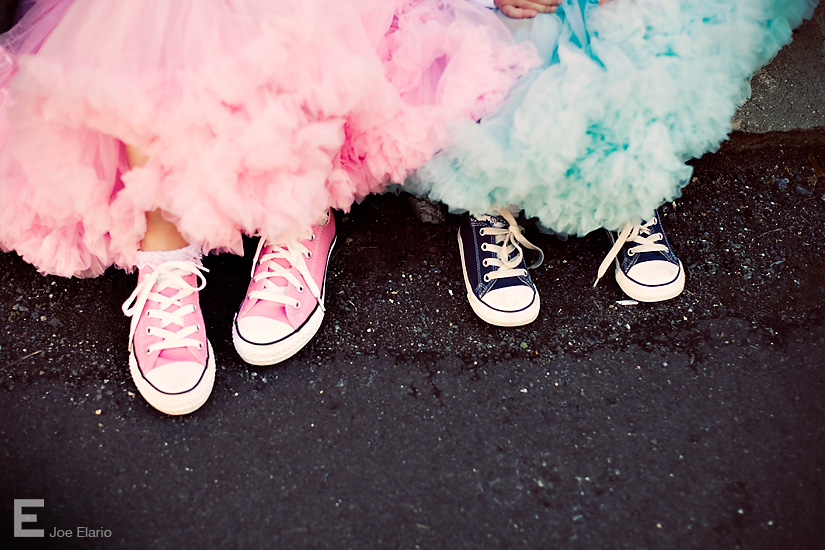 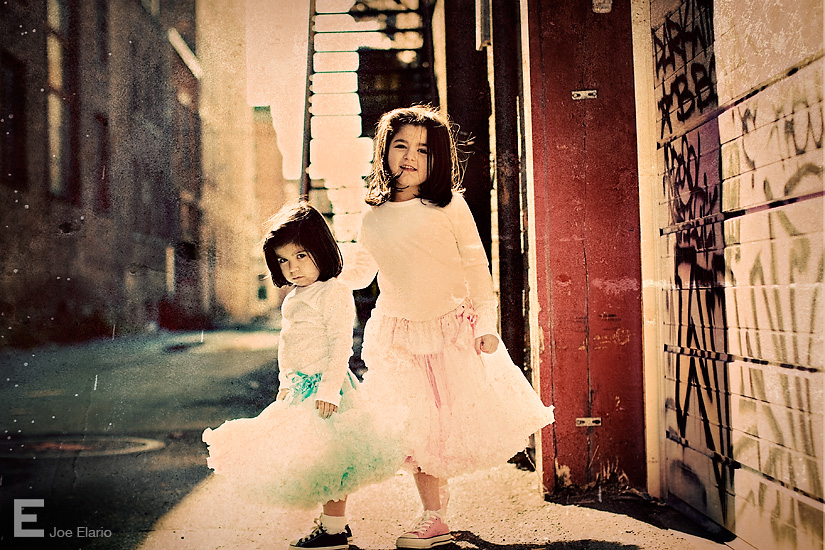 They all we’re happy once they got their lollipops. 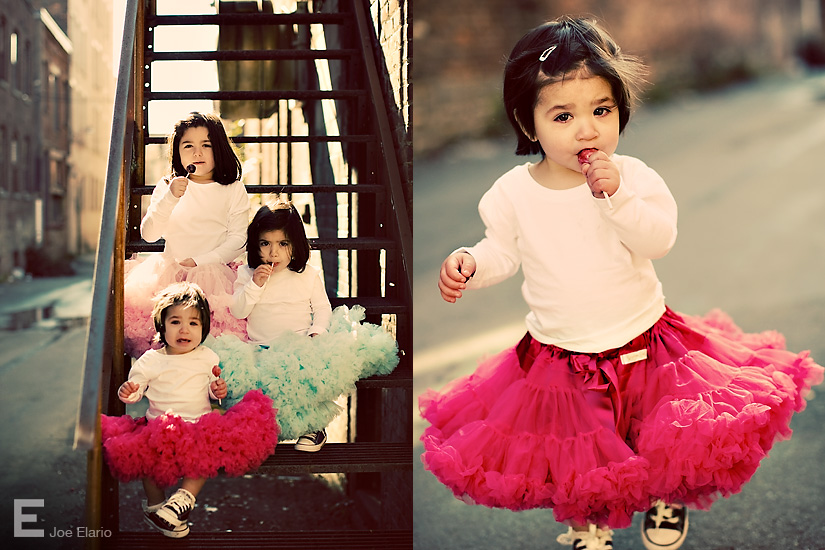 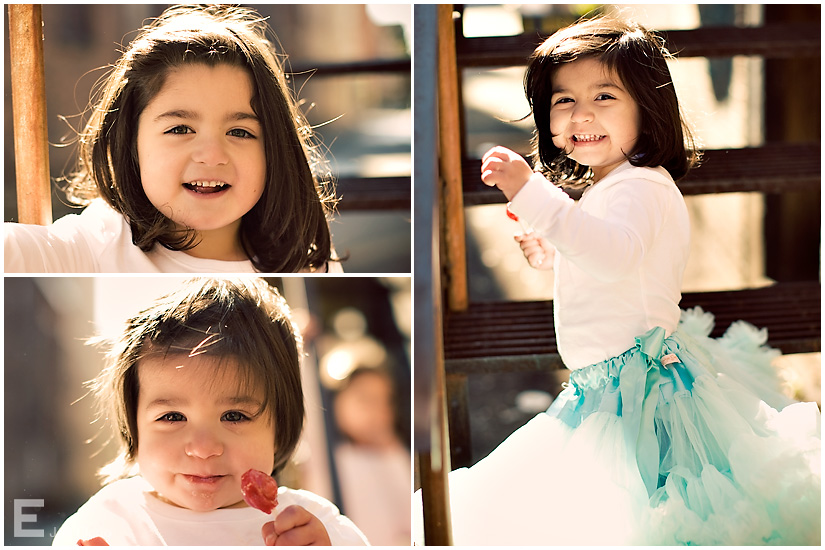 This was a quick one I grabbed when we were done. 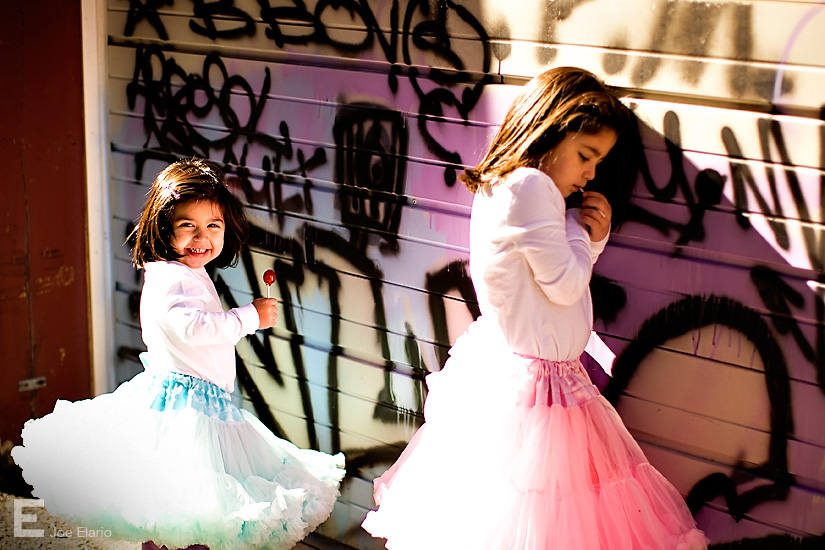